Road bikes: to Disc brake or not to disc brake?

Mountain bikes and hybrids have been equipped with disc brakes for a long time – but it’s only over the last couple of years that they’ve made their way on to road bikes.

Disc brakes present a strange and rare opportunity to bike manufacturers – because they give everyday cyclists access to something the pros can’t have.

Usually, road bike technology appears first in the peloton, before dribbling down to high end bikes, then to mid range bikes, and so on. In this case, however, the UCI have banned the use of disc brakes (for now) so the pattern changes.

Disc brakes are banned in UCI sanctioned competition due to concerns over giving racing cyclists brakes that stop them abruptly, as this could cause crashes, especially if stopping power varied between bikes and riders. The UCI are also reportedly worried about the sharp rotors causing damage in the event of a crash.

Most of us don’t ride wheel to handlebar down hairpins at 40mph+, and we don’t intend to crash in a bunch, so these concerns are not to be worried over for Joe or Joanne Bloggs.

The benefits of having disc brakes on your bike are:

Firstly, when opting for disc brakes you choose between mechanical discs and hydraulic discs. Mechanical disc brakes use a cable system, and are usually cheaper. Hydraulics are the higher end option – the benefit is that the entire system is sealed so no grit can get in, but they take more maintenance.

The disc brake road bikes on the market at the moment are primarily aimed at commuters, all weather riders who want to complete a sportive in any condition, tourers and to a degree those who want to take the odd excursion off road.

These come under various names. It’s worth remembering they are all very much on a sliding scale, and separated by tiny tweaks to geometry – a few mm here and there, and slightly different componentry, such as thicker of skinnier tyres. And of course, not all bikes advertised in the genre will come with disc brakes, but these are the areas where they are becoming popular:

Endurance Road – Generally these are road bikes that have been designed with relaxed geometry to suit all day riding. This is a perfect ‘winter bike’ if you’re the type to have seasonally named bikes, and also a great commuter – comfortable for everyday riding but still fast like a road bike.

The Specialized Roubaix is an example of an endurance road bike, and it’s available with rim and disc brakes.

It’s been designed with Paris – Roubaix in mind – the one with the cobbles… so you can expect something pretty tough.. 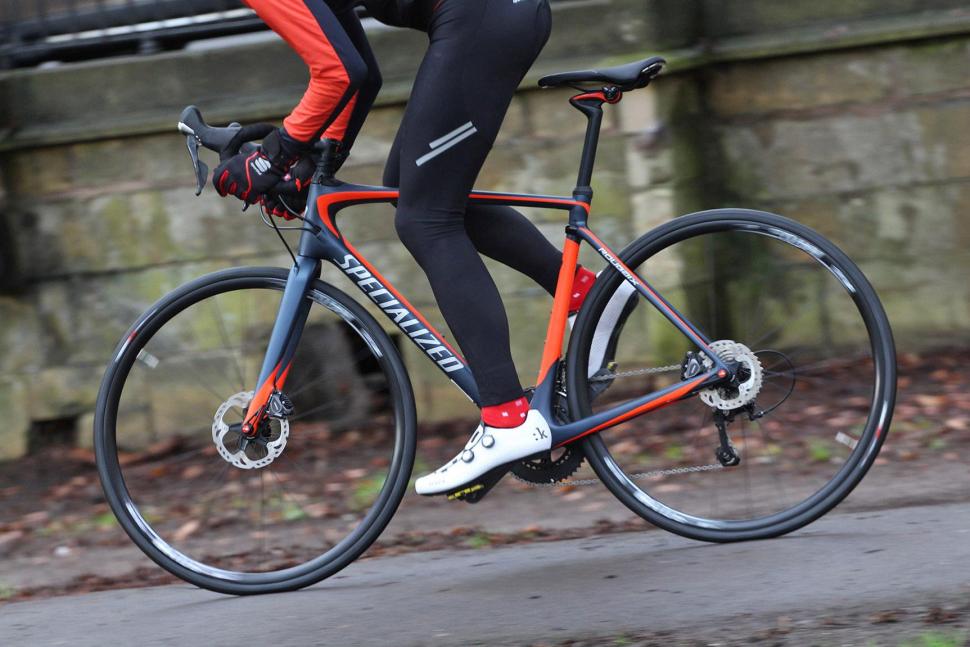 Cyclocross bikes – Designed initially for off-road races, CX bikes are more relaxed than a road bike, but still have a twitchy racey feel, though this will vary between brands and models as geometry will be tweaked. Not all CX bikes have been made with racing in mind, and phrases such as ‘perfect commuter’, plus inclusion of pannier rack mounts or mudguards mean it’s probably going to be less racey.

CX bikes are adapted to cater for mud – so they usually have more tyre clearance space, knobbly tyres, and a higher bottom bracket. The raciest of CX bikes still have rim brakes, due to the weight difference, but most now come with discs. These are great if you want a versatile bike, which will be good for commuting, road rides, and also off road riding, though for technical trails you might find a mountain bike an easier experience. 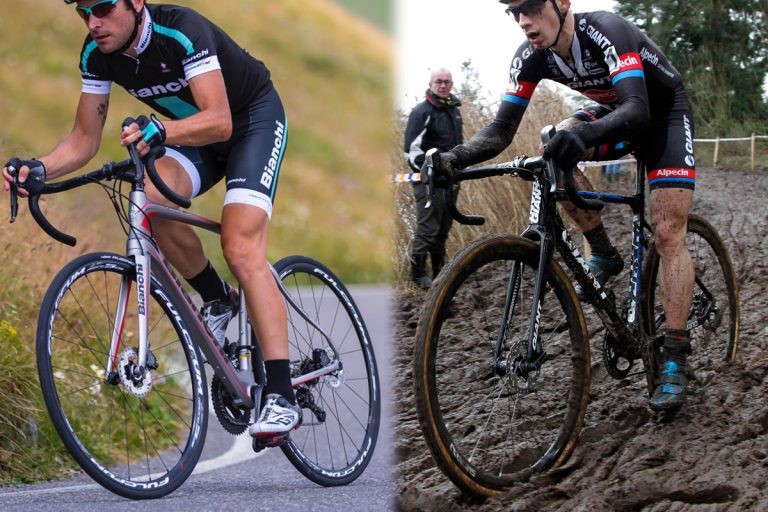 Adventure Road/Gravel Road – Sitting neatly between these two styles, is adventure road. Most of these have disc brakes, and they are made for riding rough paths – eg gravel or woodland. The tyres are knobbly as the CX bike, but bottom bracket doesn’t need to be as high, and there is a lesser need for tyre clearance.

Examples include the Cannondale Synapse Adventure Road, and the Norco Search range.

Do you ride with discs, and would you opt for them if buying a new bike?